Are you facing the dreaded ‘certificate not secure’ email error on your Android device? Are you frustrated that your email data isn’t as secure as you’d like? If the answer to the first question is yes, answer of the second question is obviously a yes as well. Well, we understand your frustration and that’s the reason why we’re actually creating this post. 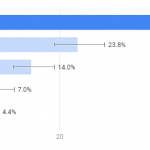 Beginning with version 68 being released in July 2018. Google Chrome will start marking all HTTP webpages as Not Secure, like this:

This change will be live in the Google Chrome release scheduled for July 24th.

Google announced this change in February, so webmasters have known for awhile this was coming – what we haven’t known is how users will react to this change. To get some insight into that question, we ran a Google Consumer Survey of 350 US adults, asking them: